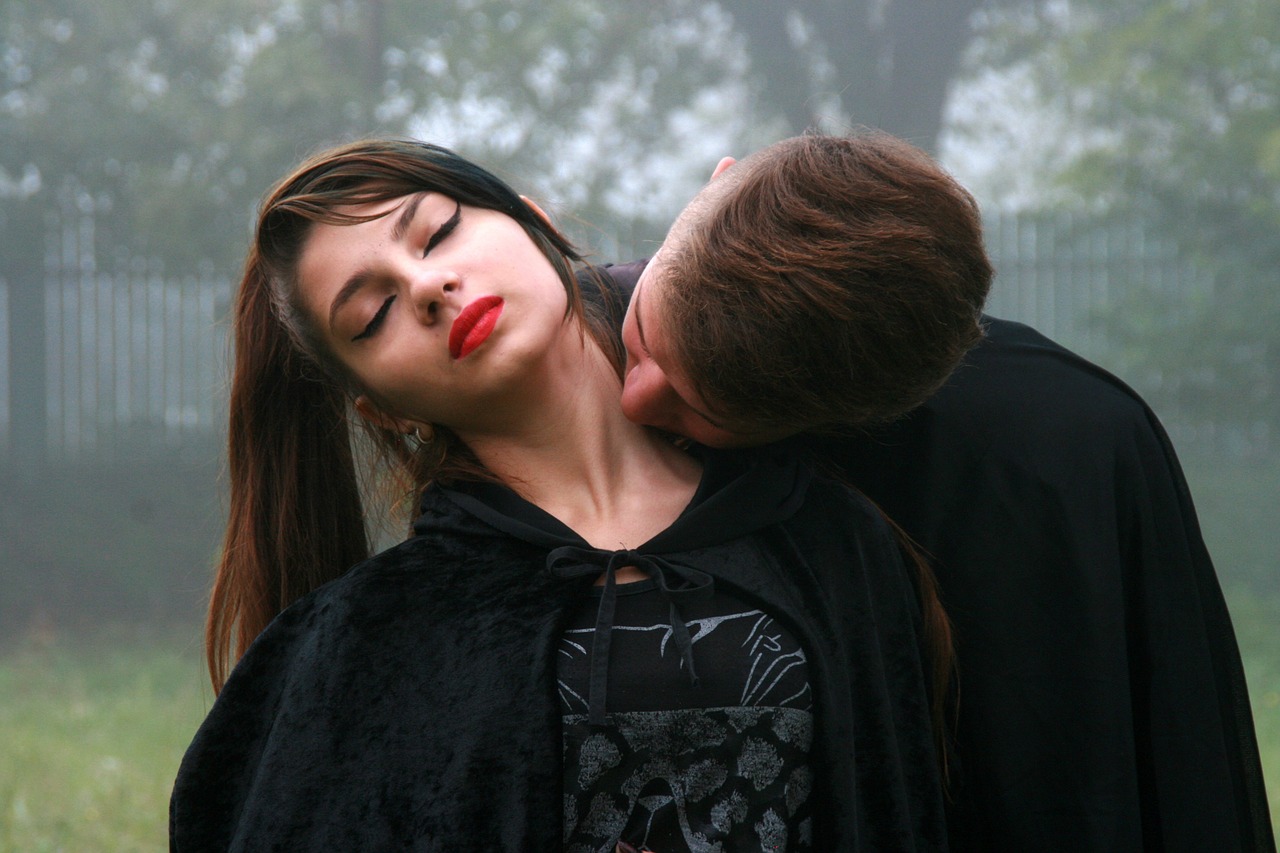 The theory of evolution first appeared in Darwin’s book “On the Origin of Species” in 1859. It is here that he suggests natural selection. According to Live Science, evolution by natural selection is one of the best-substantiated theories in the history of science. But, would Darwin’s Theory of Vampirism have been a more accurate title for his work?

The gist of the theory is that specific traits in specific environments are more favorable than others. Being advantageous, these characteristics enabled those that possessed them within a species to live longer and healthier lives. Recognizing this, that attribute became highly sought after in choosing a mate, which only serves to pass those desirable genes into the next generation. This is olution.

I was lucky enough to do some island hopping in the Galapagos Islands earlier this year. In the midst of checking out everything from Galapagos Tortoises to Marine Iguanas was a must-see visit to the Charles Darwin Research Center. The facility was really cool and is more functioning research center than it is a tourist spot, which for me is right up my alley. Unfortunately, due to restrictions, I was unable to get into as many buildings as I had hoped. Still, I was at Charles Darwin’s Effin Research Center‼

This bird above ☝ is known as Darwin’s Finch. He is a member of one of the fifteen species of finch on the islands that Darwin utilized to solidify his theory of natural selection. This is probably the most important of the critter photos I captured on my excursions. This one in particular captured on the island  Santa Cruz, Galapagos, Ecuador.

“I have never met a vampire personally, but I don’t know what might happen tomorrow.” – Bela Lugosi

According to Uppsala University, each of the fifteen species of finch in the Galapagos shares a common ancestor. They estimate this finch to have arrived in the islands some two million years prior to Charles Darwin showing up. In the time from the global wind that carried a tiny little bird way out into the Pacific, to the time the researcher arrived, the fifteen different species had evolved. These birds are now distinctly different in everything from to body shape to beak size.

Here is where we get to the Vampirism part. I speak about this a bit in my novel (above) Blades of Glass. It is a psychological thriller/horror that covers the story of the Lewisville Vampire and delves into Renfield’s syndrome, also known as clinical vampirism. This DID (delusional identity disorder) involves an individual who has experienced some or all of the stages of the illness until the point where the person may believe that they are indeed a vampire.

“Listen to them, the children of the night. What music they make!” – Bram Stoker

One of the species of finch, Geospiza difficilis septentrionalis, played the largest role in Darwin developing the theory of evolution. It also plays the largest part in showing vampirism as both an advanced and very natural stage of evolution. This tiny bird, also known as the Vampire finch, is a subspecies of the sharp-beaked ground finch.

We find that the Vampire finch’s is a seed eating bird as are other ground finch. However, the beak of Geospiza difficilis septentrionalis has grown a bit longer than the others and also quite a bit pointier. This needle-like beak as plays an imporant role in the survival of this feathered feeder.

“The strength of the vampire is that people will not believe in him.” – Garrett Fort

Found on both the Darwin and Wolf islands this bird is subject to extreme periods of drought during different years. During those times without rain that also means these are also times without seeds. This can be a major problem when seeds are what you eat. Here is where that sharp ass beak comes into play.

When food is scarce the Vampire finch earns its name. It will sneak up on an unsuspecting Booby or Iguana and climb up slowly. Once in place, the bird pecks a hole into it’s neck and begins to lap its blood. It’s beak so sharp the host hardly feels a thing. When the finch has had share it simply flies away without anyone ever knowing it was there.

“Vampires occur everywhere, but in busy cities no one notices.” – Matthew Schofield

As the bird becomes hungry once again it returns to the original host. Picks off the scab that had begun to form and laps blood from host until it again becomes full. The finch will continue this method of gaining sustenance until the rain returns and the vegetation again goes to seed.

This turn to and from vampirism as needed due to environmental factors is what convinced Darwin that evolution through natural selection was extremely feasible. An advanced adaptation to a winged parasite needing to feed on the living to survive resulting in an advanced stage of evolution. As populations grow and our food sources become deficient, what will our next stage of evolution be? Maybe, some of us are already there.

What is Darwin’s Theory of Evolution? By Ker Than February 27, 2018, LiveScience.com Evolution of Darwin’s finches and their beaks By Uppsala University February 11, 2014 What are the Galapagos Islands Vampire Finch? GalapagosIslands.com