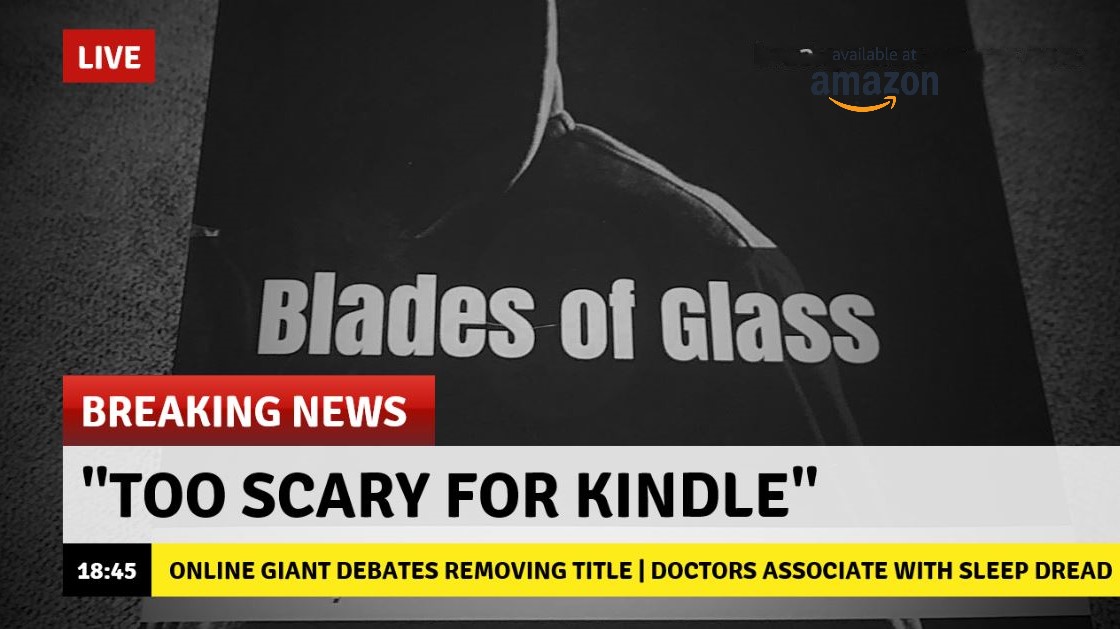 This is the question Rudy Stankowitz’s unnerving novel Blades of Glass will have you asking as you find yourself second-guessing your nighttime decision to close the lights. Dozens have reported an inability to finish the novel citing fear as the reason. All agree, Blades of Glass will leave you with an feeling of dread.

drifter’s appearance in town coincides with the emergence of a string of murders. A press driven hysteria has the term serial killer skipping across the lips of its residents. Due to the folkloric nature of the slayings, the authorities believe the individual they search for suffers from the delusional disorder known as Renfield’s Syndrome. Are vampires real?

The drifter takes more than a passing interest in a young emergency room nurse, Willow Sullivan. In disassociative episodes, she believes she can see glimpses of the homicides as they occur. She gains the attention of the authorities randomly blurting out crime scene evidence yet to be released. H, any suspicions they have are quickly dismissed as other strange goings- occur.

Things for Willow take a turn for the worse. A dark shadowy figure begins to show up in her room at the foot of her bed at night. Subsequently, the hallucinations intensify and swiftly erode her mental health. This in turn gets her put on mandatory leave and earns her a PTSD diagnosis. Willow’s best friend Lacey is becoming increasingly concerned as her friend’s paranoia intensifies. It isn’t until her home is ransacked that she regains any smidgeon of credibility.

The drifter, Darius Sange, feels the pressure of being “the new kid in town”. He is identified as a person of interest. The police now believe that nurse Sullivan may possess knowledge that can assist in their case. Is the shell of the young woman left far gone to help? Willow sees that she has a choice to make, save other women from a horrific fate, or save But, is there a third option she has yet to consider?

The Most Terrifying Book on Kindle ?

Stankowitz has given us a very different type of Vampire in Blades of Glass than we typically see. His character Darius Sange is a vile creature born of lifelong abuse that wanders the night in a delusional break searching for blood. For as much as Darius will haunt your sleep and terrorize your dreams, there are moments where you’ll actually feel bad for him.

Will you be able to finish? ?

Don’t be surprised if you are awoken in the middle of the night to find Darius watching you sleep from the foot of your bed. Full of twists and turns; relatable characters with their own inner demons; well-timed laughs; and chapter upon that will cause you to tremble at the thought of the dark; this may be the scariest book you’ll find released in 2019.