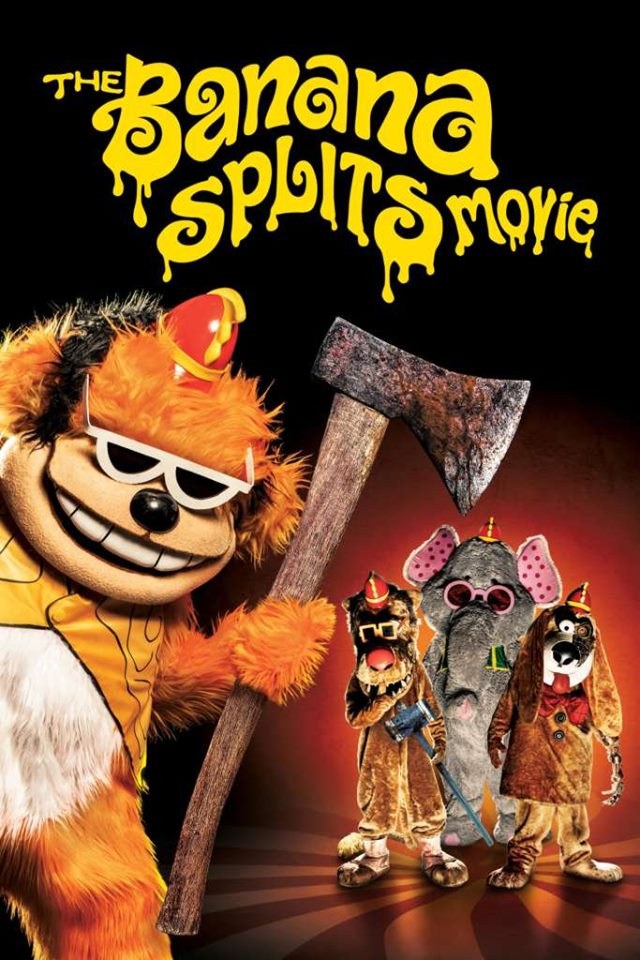 “C’mon you fuzzy Son of a Bitch”

WTF was that⁉ The Banana Splits movie starts out as usual with to the face humor. The audience singing along to the trademark ?La La La LaLaLa La. ?Until Drooper overhears that the new executive has canceled the show…

The Banana Splits Adventure Hour was first released in September of 1968 by Hanna-Barbera. A children’s show, The Monkees spin-off, was comprised of four main characters Fleegle, Bingo, Drooper, and Snorky.

Much like its counterpart, The Banana Splits were a rock band that performed in a psychedelic format. In true Monkees style, the show was complete with comedic slapstick antics. The original series contained thirty-one episodes and ran through September of 1970.

It is entirely something to watch beloved characters from one of your favorite childhood television shows turn literally into ax murdering robots. What used to be giant stuffed fuzzy teddy bear-like television show characters definitely had their specific targets, but no one including the children was safe.

There was absolutely NO SHORTAGE of Blood and Gore as the Banana Splits go rogue. Harley’s mother Beth, played by Dani Kind (Working Moms), makes every effort she can to lead the children to safety as the group acquires an unlikely ally.

Scary, hey, if those Mother Fathers were coming after me in real life, I would have some concerns. Watching it, not so much. The Banana Splits Movie 2019 is NOT a children’s film. So, if you have thoughts of reliving a moment from your youth with your own, this ain’t it. Besides that, it was well done but really Freaking Strange. I do have to admit I am probably a bit biased from the connection to the original.

Discuss this Film with the Horror Addicts at Fright Club ?